North East England and its Cities

This is one of the nine official regions of England and comprises the combined area of Northumberland, County Durham, Tyne and Wear and a small part of North Yorkshire. Combined they make the ‘Geordie’ region to the layman whilst technically speaking the ‘Geordie’ comes only from Newcastle!
The highest point in the region is The Cheviot, in Northumberland, at 815m and the principal city is Newcastle.

Information
All the large towns and cities have the life’s-for-living North East atmosphere, but Newcastle is the most famous city for the revellers – Brasseries and bistros, bars and a choice of restaurants to beat all-comers – it’s the night out of the year!    Whether you stop for the day, or the week – we guarantee, that after the shopping, cuisine, history, museums, scenery and nightlife, you’ll leave with fond memories of friendly cities, alive with character.

North East England is a place of cosmopolitan contrast and is full of vitality with a constant ‘buzz’. The East side is the coast and seaside and the Western side hills and dales with moody mountains and the famous World Heritage Site Hadrian’s Wall running right through the middle. The result? There’s lots to do, lots of places to visit, and full of activity both indoors and out.
Cosmopolitan cities like Newcastle, Gateshead and Durham are thriving with lots of shopping and plenty of nightlife. Bustling market towns and pretty villages are scattered around the region.
North East England can lay claim to being The Cradle of English Christianity – St Aidan came to Holy Island in AD635 and the island was also home to St.Cuthbert. English history was first written by Bede, at Jarrow. There’s also Durham, a wonderful and photogenic university city with “the finest Norman Cathedral in the world”.
The North East of England has been home to pioneers across the centuries. The world’s first public railway steamed into life here and The World’s oldest railway still runs at Tanfield. The award-winning Gateshead Millennium Bridge is one of the world’s most celebrated pieces of architecture and the Gateshead Sage building and ‘Angel of the North’ are already icons yet have only appeared in recent times.

Characters! The North East is filled with them! Naturally friendly, people will make time to tell you about the place that fills them with pride.
Enjoy a taste of British life here and you can be guaranteed of a truly passionate experience in North East England. 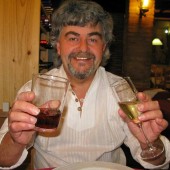